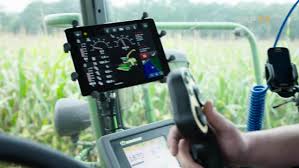 Back in the 1990s I was running the business team at a company called CableTel South Wales, later to become NTL and now, Virgin Media.

We were building the first fibre networks to deliver TV and Telephone services and of course this new “big thing” called “The Internet”.

Even then we were concerned that this new connection to a “digital superhighway” could widen the gap between developed and developing regions in Wales. Has that changed? Or do we still live in a multi-speed country in terms of access to and performance of our digital lives? I think we do.

We still have nearly one in five of our population digitally excluded and even those that are connected may still suffer poor performance in terms of speed and reliability. Meanwhile, those networks I was involved in building back in the 1990s are now delivering speeds of up to 200MBps – way in excess of the 10 Mbps seen in some rural areas.

Sadly it’s our rural communities that suffer and having now worked close to rural and agricultural communities for the best part of a year, I am continually disappointed that this situation still exists. 2% of our population produce around 60% of our food. Yet there is a significant part of that 2% who remain unable to connect to the internet from their farms. To plagiarise the old joke, we seem to have created a 3 speed Wales – Slow, Dead Slow and Stop. This might be tongue in cheek but it’s not far from the truth.

Those parts of the country well served are not only connected, but now have nearly two decades of benefit from internet connectivity. Digital skills are high, tech awareness is endemic and economies benefit. Inward investment is attracted, businesses “connect” and thrive.

Meanwhile, in the slow lane of rural Wales, skills remain poor as they’ve not been required until recently and the lack of mobile digital connectivity further exacerbates the challenge of getting maximum bang for the mega-bucks that have been spent on fixed line connectivity programmes.

In consequence, those without a connection cannot diversify their businesses as some might do. They cannot support children with homework as many need to do and they cannot connect readily with Government programmes for advice and support payments as they are mandated to do. In simple terms they are still being ignored and the gap continues to widen.

But over and above all that, they cannot benefit from the wider impact of digital technology that is racing through many parts of the world. If you are not familiar with the digital world you will find it far harder to adopt new and innovative practices that could transform businesses.

And even those communities that are connected cannot maximise benefits. Training programmes that were available in “the early days” are no longer available for businesses today. So those late to the party through no fault of their own are penalised even more.

And while much progress has been made over the years to include more and more people in the digital world in Wales there is still more to be done; particularly to reach the most remote groups, those families that are farming our land to produce the food we eat and care so well for our natural habitat and landscapes, who can often be found in the most rural areas of Wales.

We must not underestimate how important it is that we get every part of Wales connected and exploiting digital technologies in order to help make farming and rural businesses more effective and efficient and help more people to a brighter digital future.

There’s a fair bit of recruitment activity being discussed in our house at the moment as my son looks for his first steps in a career. He’s keen to work in Cardiff and with a Marketing and Business Management degree is, I would hope, reasonably employable. He’s applied for a few jobs and is attending interviews…

I’m in Marks & Sparks, Carol singers are at the escalators singing and I feel as grumpy as can be. Seasonal Negative Attitude Disorder is what I put it down to, hopefully it’ll clear in a few weeks.

This is Ben I think he’s the most beautiful Labrador in Cardiff, Wales, UK, the world!

It’s a long time ago now and I can’t remember the specifics, but I was born in London many, many years ago. I loved the place when I lived there up until the age of 18, loved it for its pace, its buzz, the vibrancy. And of course the best club rugby team in the…

I know one man’s meat is another man’s poison, but there really was quite a difference in the way that today panned out. Sure, we had some snow and the schools were closed, rail and some bus services were disrupted etc etc and the media reports were talking about the Day of Chaos across Wales. But…

Christmas isn’t the same now; my children are no longer kids and the days of Father Christmas are long gone. But the memories persist and pevery year we talk about one long-departed Christmas ritual that used to take place in our house. When the kids were small I bought a Santa suit, beard, hat and…