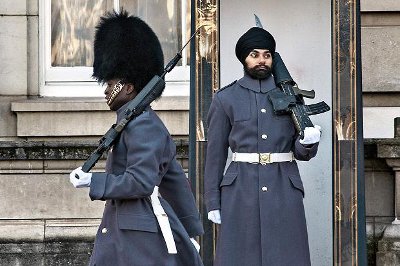 The naming of The Queen Elizabeth and Prince of Wales aircraft carriers was a strategic move made by the Royal Navy to ensure the survival of the program in the face of potential budget cuts. However, the Prince of Wales has recently suffered a major propulsion failure, putting it out of service for an extended period of time. This is not an isolated incident, as there have been numerous procurement failures and wasted funds on cancelled projects in the past. Despite a substantial defense budget, the UK is currently unable to field a carrier battle group with sufficient combat aircraft or early warning radar aircraft to protect its airspace.

This is a concerning issue as political leaders continue to tout the UK as a global power. The truth is, the current defense budget of £46 billion is not sufficient to support these ambitions and is constantly being impacted by defense inflation and a weak currency. Additionally, the preference for expensive new weapons over simpler options has also contributed to this problem. As a close partner to the United States, it is important for the UK to have the best gear for its fighters. However, with a defense budget that is only a tenth of America’s, the UK can only afford to purchase top-line equipment in small quantities, making it too valuable to lose in an actual war.

Furthermore, the state of the army is also a concern, as its armored vehicles are outdated and its new Ajax vehicle is delayed due to vibration issues. The looming issue of replacing the submarine-based nuclear deterrent, which is projected to cost up to £50 billion, is also a significant factor in the current state of defense procurement.

As I look out of my window, what can I see? Famous words but now more poignant than ever. This morning I’m sitting in my dining room – a room normally only used on high days and holidays – but now setup for WFH!. Like many thousands of others, I am now consigned to days…

In preparation for the Senedd Elections next month, I thought I’d look at what the main parties are proposing for the rural communities in Wales and farmers in particular. As a former Managing Director of the Farmers’ Union of Wales and now a Trustee of RABI (the fantastic charity that does so much to support…

In recent months we have all seen the heroic efforts of the NHS and marvelled at the way they have dealt with the challenge of Covid-19. But behind the scenes, there has been a number of other changes that may have gone unnoticed unless they, of course, touched you personally. And I was impressed to…

I used to work with a wonderful American company chairman who was obsessed with data and trends. He taught me their value and I wrote a short piece a few weeks ago showing the trends in votes over recent elections. I’ve updated those graphs to show clearly that there are still trends at work despite… 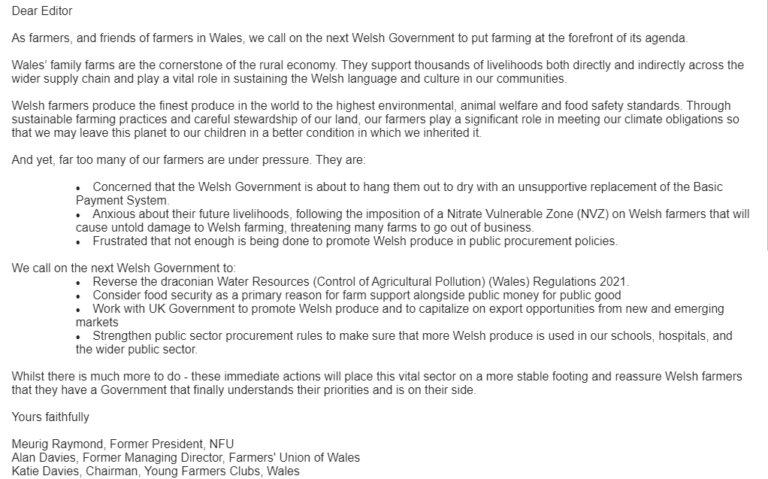 I was really pleased to be able to sign a letter, with other friends of farming, asking the next Welsh Government to show more support to the sector.

I send my very best wishes to The 1st Battalion the Welsh Guards, Trooping the Colour in celebration of the Queen’s Birthday. An honour for all Guardsmen on parade.